Have I ever mentioned how much I love chocolate cake? I do! A while back I found the most amazing recipe for chocolate cake and friends, it is to die for. I'm a little ashamed to admit it but I actually had this cake for dinner once then for breakfast the following morning. I know that's not exactly nutritious but hey, there's eggs, milk and wheat in there so is it really THAT bad? =) Check out the Woman & Home site for the recipe. You won't be sorry. By the way, I don't use free range eggs all the time and it turns out just delicious anyway. Enjoy!
No comments:

Summer's Slllooowwwlllyy Coming to an End...

Yes, summer is fading. The stores are already advertising their back to school sales and my children are already whining about not wanting to go back. We have just over two weeks before school starts back up in our area and... I have to be honest; I'M SO FREAKING EXCITED!

Does that make me a bad mommy? Hrmm, so be it! Now don't get me wrong, I love my kids to the moon and back but Mama needs a break. This has just been one of those summers. We haven't went on vacation or really done much of anything else to break up the monotony. The kids have been bickering and fighting constantly and by that I do mean constantly (at least it feels that way).

Their father sleeps all day because he works all night (and he sleeps A LOT) so I'm pretty much their only caregiver and dammit I'm just tired. It will be nice to actually clean and have the house stay that way for at least 6 hours. It will be great to sit down for more than 5 minutes at a time without having to jump up to clean something or break up a fight or wipe pee off the bathroom floor (Story for another time).

I surely can't be the only one happy about school starting back up. No, I don't think of school as a daycare and my childrens' teachers glorified babysitters. No, I don't just want to push them off onto others and shirk my responsibilities as a parent. NO! I just want a break. So sue me.
No comments:

Sooo, last night I made something different for dinner. We usually don't have stir fry or any other kind of Asian food come to think of it and now I remember why!

It started out great. I diced and fried up some chicken breast. So far so good. "MMMmmm" The children said. "That smells good!". Then I did the unthinkable. 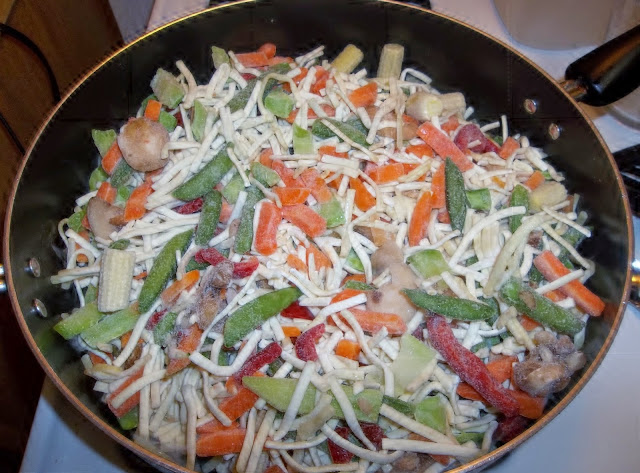 I added in a bag of premixed stir fry veggies, noodles, etc. The look on their faces was priceless. You would think I had just dumped a heaping bag of poo in with the chicken. One says "Mommmm, you ruined it!!" Other says "If you think I'm eating that you're crazy!! Are you trying to kill us?? Oh my Gosh!!! Look, I see a mushroom (turns to brother) Do you see that mushroom???" 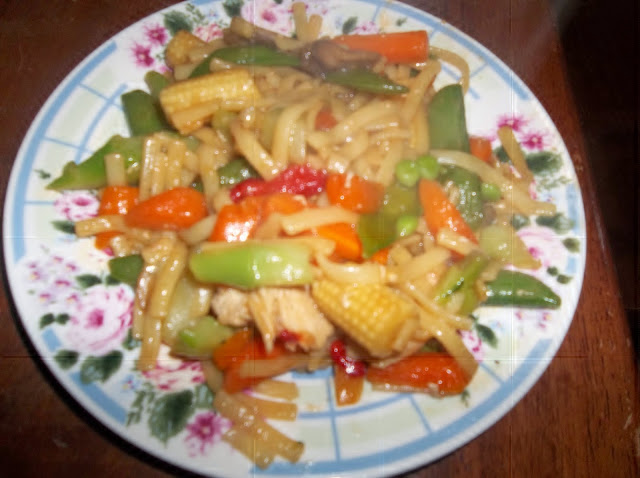 Needless to say, they wouldn't eat it. Well, they "tried it" I suppose if you consider putting it on a plate, raising a bite to their lips while gagging the whole time trying. I must say, it was GOOD! Little shits don't know what they were missing. How did I get such picky children? Anyway... I redeemed myself in their eyes because for dessert... 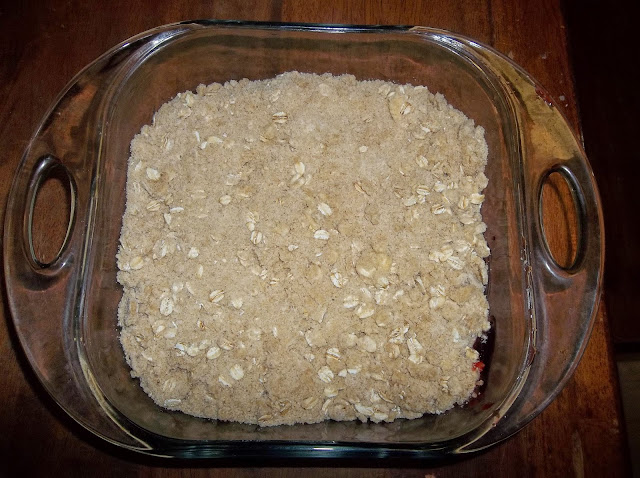 I made cherry crisp! Yes, I know the title says cherry pie and it's not but hey, it rhymed. =/ 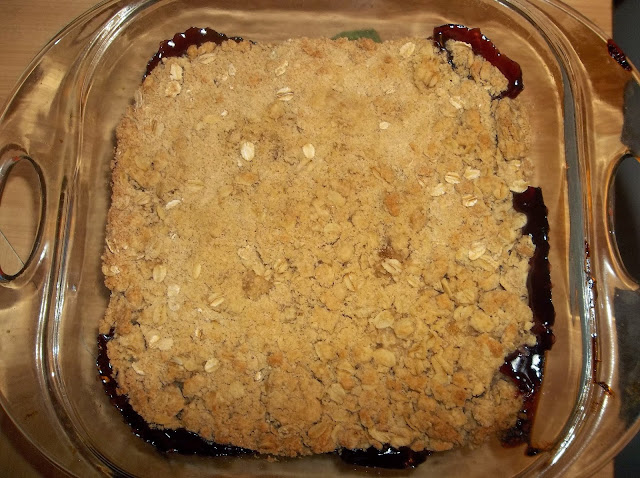 Love, love, LOVE the cherry crisp and it's so easy to make. Sure wish I would have had some vanilla ice cream to go with it though. The boys loved it, the little daughter aka the pickiest damn kid on earth wouldn't take a bite. "Eeeeewww, it looks like someone's internal organs!!" WHATEVER!! Did I also mention she's a drama queen? She's only 7 years old and I'm already dreading her teenage years!
No comments: